We Dared is a ministry of New Life Ministries.  Through We Dared it’s our hope to reach men who struggle with sexual integrity, to make men aware of just how sexualized our culture has become, and to keep them from wandering off the path any more than they already are.  We Dared promotes the elimination of bad habits and behaviors of men in their objectification of women, and it promotes the creation of positive replacements of those habits and behaviors in their lives.  New Life’s core values are truth, connection and transformation, as you’ll see as you stroll through WeDared.com and participate in the challenge.  Philippians 4:8 says it well:  “Finally, brothers and sisters, whatever is true, whatever is noble, whatever is right, whatever is pure, whatever is lovely, whatever is admirable—if anything is excellent or praiseworthy—think about such things.” 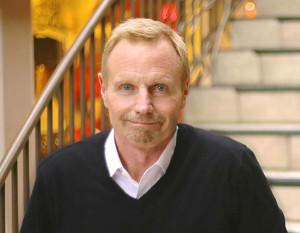 Steve Arterburn is the founder and chairman of New Life Ministries and host of the #1 nationally syndicated Christian counseling talk show New Life Live! heard and watched by over 2 million people each week on nearly 200 radio stations nationwide, on XM and Sirius Satellite radio and on the NRB television network. Steve is also the host of New Life TV, a web-based channel dedicated to transforming lives through God’s truth. Steve is the founder of the Women of Faith conferences attended by over 4 million women. He also serves as a teaching pastor at Northview Church in Indianapolis, Indiana.

Steve is a nationally and internationally known public speaker and having been featured in national media venues such as Oprah, Inside Edition, Good Morning America, CNN Live, The New York Times, USA Today, US News & World Report, ABC World News Tonight, and ironically in GQ and Rolling Stone magazines. Steve has spoken at major events for the National Center for Fathering, American Association of Christian Counselors, Promise Keepers Canada, Life Well Conferences in Australia and The Salvation Army to name a few.

Steve is a best-selling author of books such as Every Man’s Battle, Healing Is A Choice and his latest books, The 7-Minute Marriage Solution, The Life Recovery Journey, Is This The One? and recently co-authored Worthy of Her Trust with Jason Martinkus. With over 8 million books in print he has been writing about God’s transformational truth since 1984.  He has been nominated for numerous writing awards and has won three Gold Medallions for writing excellence. Along with Dr. Dave Stoop, he edited and produced the #1 selling Life Recovery Bible.

His speaking topics address issues common to leaders, adult men and women, including Every Man’s Battle, Lose it For Life, The 7-Minute Marriage Solution, and Healing is a Choice. Steve’s ministry endeavors focus on identifying and compassionately responding to the needs of those seeking healing and restoration through God’s truth.

Steve has degrees from Baylor University and The University of North Texas as well as two honorary doctorate degrees,  and is currently completing his doctoral studies in Christian Counseling.

Steve resides with his family in Fishers, Indiana. 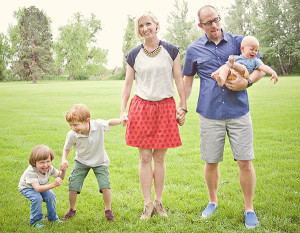 Through counseling, disciplined work, and tough accountability with a small group of buddies, Jason restored Shelley’s trust and she decided to stay in the marriage.  More than a decade later Jason is free from sexual addiction.  Today, having found tremendous redemption in their relationship, they have committed their lives to helping others.

Jason’s first book, co-authored by Steve Arterburn, is Jason’s story of restoring trust with Shelley after hitting bottom.  It’s entitled, Worthy of Her Trust, published by Waterbrook Press, and was released in 2014.

Jason, Shelley and their 3 boys reside in Denver, Colorado. 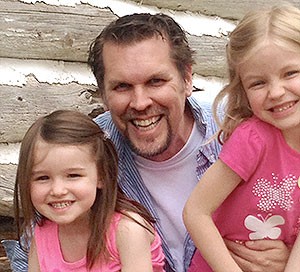 Paul Scott
For years Paul struggled with addictions as a Christian. He grew up in a Christian home, is the son of a pastor, and accepted Christ into his heart at the age of twelve. But soon after he fell away from his faith and became addicted to drugs, alcohol, and pornography. In his early twenties Paul came back to the Church, rededicated his life to Christ, and began to work on sobriety. Paul now has twenty five years sobriety, and during this time has lead recovery groups, designed recovery ministries, and trained small group leaders nationally.

Paul lives in Littleton, Colorado with his wife and two daughters.

If you take the 30-Day Challenge to bounce and starve your eyes, the next 30 days are going to be a challenge. You’re going to both, break a bad habit, and create a good habit. You’re going to need instructions and encouragement daily for the next 30 days. If you take the challenge, we’ll email a tip for the day on how to bounce and starve your eyes along with words of encouragement.
Take the Challenge!
Copyright 2023 - More About New Life Ministries | All Rights Reserved
A ministry of New Life Ministries and Every Man's Battle
Back To Top
×Close search
Search
×